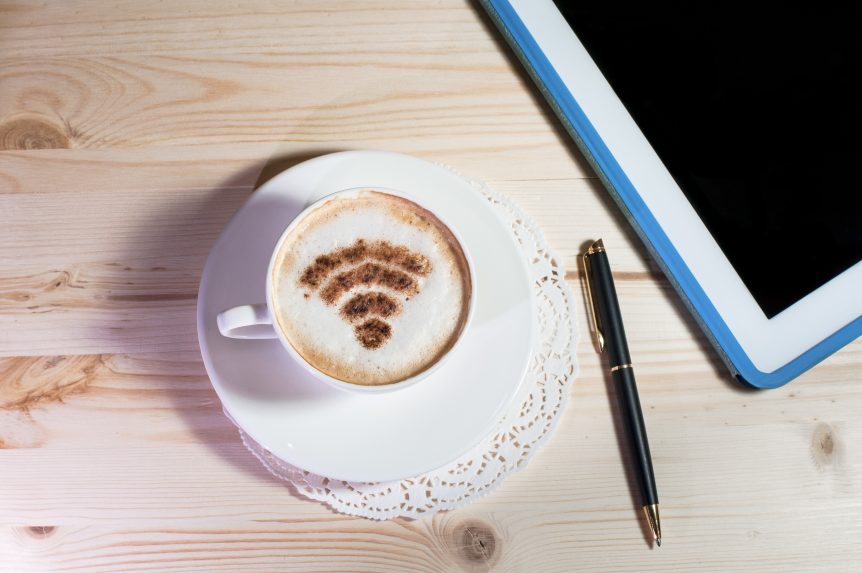 With holiday travel fast-approaching, many of us are facing hours at the airport, train stations, or sitting in random coffee shops. If you don’t have an unlimited data plan, it’s tempting to connect to the free Wi-Fi, even though you know it’s a terrible idea.

Here is a scary list of everything that can go wrong when you connect to free Wi-Fi:

Unencrypted Networks
Most routers ship from factories with encryption turned off, and it must be turned ON during the network set up. But let’s assume you’re at a small coffee shop in your small hometown, where the owner’s tech-savvy-enough brother set up the Wi-Fi. Did he turn on the encryption? Is it worth risking it? (Spoiler: no!)

Man-in-the-Middle (MITM) Attack
MITM is one of the most common cyber-attacks, where an outside person tries to intercept information between two parties, be that you and your email provider, or you and your bank. At times that attack involves what’s called “active eavesdropping”, which is when the attacker connects directly to the victim and impersonates whom they think they’re speaking to. The MITM attack is most common and you’re most vulnerable when connecting to an Unencrypted Network.

Malicious Hotspots
This form of a cyber-attack is quite clever and becoming more common – hackers set up access points that resemble a legitimate network, e.g. “PhilsCoffeeShop” rather than the legitimate “PhilzCoffeeShop”. Once you’re connected to the fraudulent Wi-Fi, all of your information and activity can be viewed by the attackers.

Malware Distribution
At least once a week I get an annoying pop up with security updates, asking me to reboot my computer. It’s easy to ignore, but it’s unwise to do so. Those security updates are patching vulnerabilities that can leave your device open to an attacker looking to exploit the operating system or software weakness.

Check back on Friday for Part Two of Stay Protected While Connected!